I am a professional figure skater, choreographer, and author 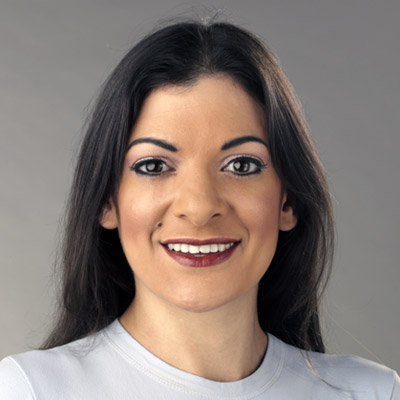 Tamara Sharp is a United States Figure Skating Double Gold Medalists in Figures and Freestyle. She trained for 11 years under Shirley Linde Ayers and competed through the Senior Ladies level.

Tamara turned professional in 1990, traveling the world starring as both a principal adagio and a principal soloist skater. She has performed across North America, Europe and Asia. 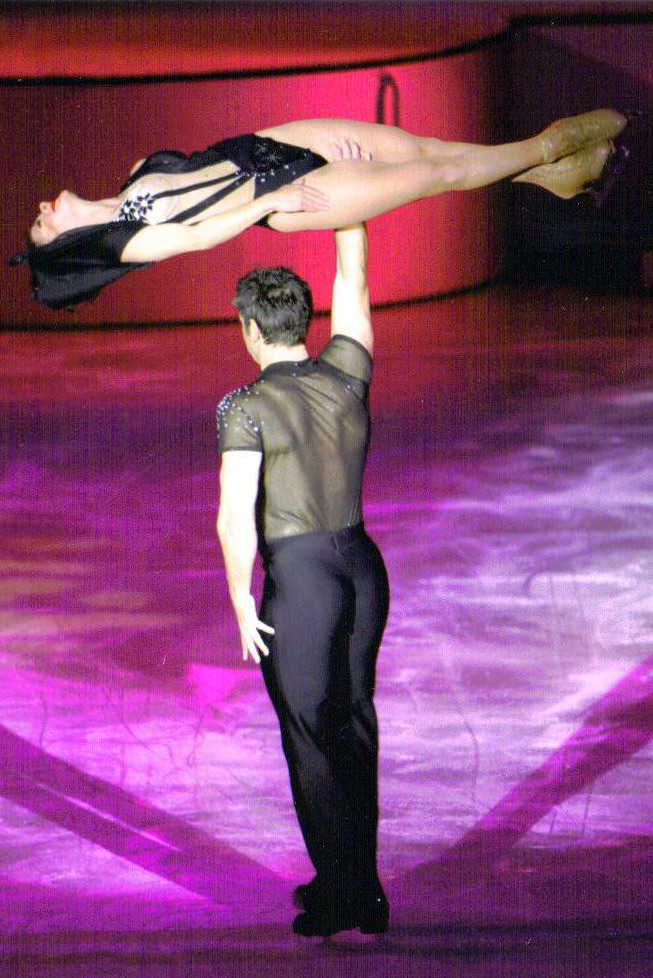 In 1995, Tamara had her first opportunity to choreograph professionally and fell in love with it. Ever since this time she has studied different forms of body movement from around the globe to constantly evolve her creative spectrum.

Tamara has now brought all of her skills and experience back to the rink where she teaches and choreographs at all levels of the sport.

When I am on the Ice, I am at Home

Skating is what I love, but writing is my passion! 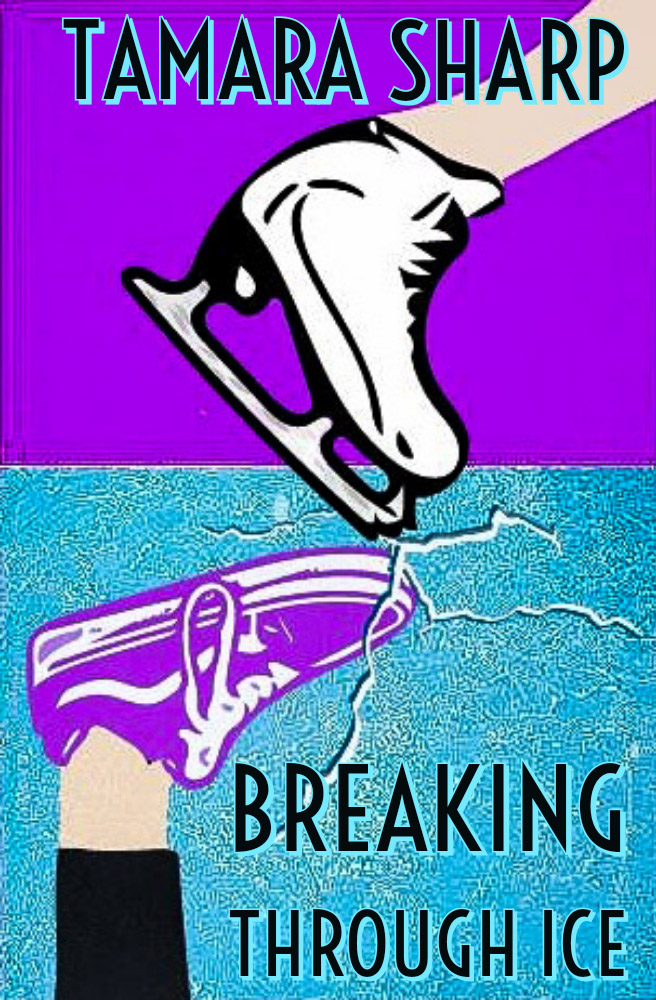 Breaking Through Ice is her debut novel, a tribute to a sport which has given her so much joy! Click here to purchase on Amazon

Angelica cut a deep groove through the crackling ice, pulled back on the inside edge of her blade, pushed hard with her foot and whipped herself into a sit spin. She grabbed behind the tip of her boot, yanked her leg high and her spin became a blur. Seconds later to the final crash of the music she stabbed the ice with her toe pick and threw her hands skyward, gasping for air. Her four-minute routine was over.

“Again!” shouted her coach, Mrs. Julie Linde. Angelica’s heart pounded as she returned obediently to the center of the blue hockey line with just a few short seconds to catch her breath.

The rink’s scoreboard read 6:15 a.m. The air held a fog caused by the humidity in the outside world. The surrounding Plexiglas walls dripped from condensation and each frosty breath seemed to add to the cold dampness of the rink.

“It’s on,” Mrs. Linde called from her perch on the rink boards.

Back to back runs-throughs were the norm with the New England Regional Championships, just three weeks away. Angelica knew she had to get one of the top four slots in order to qualify for Eastern Sectionals. If she placed there, she would move on to the United States Nationals.

Every figure skater dreams of winning a National title. Angelica was no different. She had held this goal for eleven years. She hadn’t attained much success in past competitive seasons. Fifth, sixth and seventh placings were her standard. This was her last year of high school with one more shot and she wasn’t giving up easy.

Typical senior level athletes gained stacks of medals and trophies. They constantly competed throughout the year preparing for the qualifying seasonal tournaments. Mrs. Linde’s methodology was different. She believed all of these practice events were a waste of time and it was better to focus on the big goal.

Angelica possessed a single gold medal. She’d hung it in her bedroom over the edge of her dressing mirror. The competition wasn’t a qualifier but, it was a day Angelica would never forget. She stood at the top of the podium, tasting triumph for the first time and was so proud!

Five years had passed since that joyous moment. The medallion now dusty, lacked luster. Angelica dreamed of standing atop the platform once again with gold draped around her neck. She much preferred being the strong, powerful skater on the ice to the shy and unsure girl she was off it. This feeling and her love of the sport kept her going.

The alarm clock shocked Angelica awake daily at 4:00 a.m. By 5:00 a.m. she’d showered, eaten breakfast, packed school clothes and headed out the door with her half-asleep father driving to the Linde’s house in the dark. Then she rode with her coach to the rink, thirty minutes away, to be ready for six o’clock training sessions.

Car rides with her coach over the winding back roads of eastern Westchester, New York, were her Monday through Friday schedule. Angelica couldn’t help but watch as Mrs. Linde held her glass coffee mug with her right hand, while driving with her left. The thumb of Mrs. Linde’s right hand curved back to nearly a semi-circle shape. Angelica was convinced this had to be the result of countless years spent balancing steaming cups while manipulating twists and turns with the vehicle, impressively never spilling a drop. Angelica found it both disturbing and mesmerizing.

The music never altered on these trips. The playlists only included Barry Manilow and Julio Iglesias. Angelica was sure she was the only seventeen-year-old in America who could sing all of their songs word for word. This, of course, would never happen publicly, although now and then a verse snuck out in the shower. “To all the girls I loved before...” She’d stop herself in her own embarrassment.

At the ice rink, it would still be dark. In late Fall, the sun didn’t rise until around 7:00 a.m. The first hour of training at dawn always felt a bit colder. The building’s walls were made of wood and the north end of the rink was all glass. When the sun finally appeared, the world inside felt a little warmer and a lot brighter.

Angelica walked through the main entrance, up the stairs to the double doors leading into the refrigerated zone where the ice surface lay. The locker room was to the left. Ice rink locker rooms are rarely enticing, always dingy with the smell of old hockey player sweat hanging in the air. She would crinkle her nose at the stench every time she entered.

Angelica sat on one of the oddly skinny benches to lace up her skates. She had ridden to the rink in a tank top, a turtle neck, tights and black leggings. A pullover sweater, a zip up fleece jacket, double sided zip up stretch pants, a head band to cover her ears and gloves were all added. Skaters term this ‘layering up.’ By the end of the warm-up, the pants would be zipped off and the jacket tossed aside to properly perform her routine.

Angelica skated back to Mrs. Linde after completing the second running of her routine. The time to begin working through her jumps had arrived. The Double Axel which required two and a half revolutions in the air to complete would be first. This jump vexed her to no end. Twenty- five attempts later, ten of which ended with Angelica’s body sliding across the ice, they moved on to the four triples in her arsenal.

Triple Salchow, Triple Loop, Triple Flip and Triple Lutz were each attempted twenty-five times every training day. Angelica would land some, but never all. She battled with consistency. She regularly ended up thrust by the momentum into the wall on her side or butt. The more she failed the more frustrated she’d get. Yet all of these jumps as well as a Triple Flip, Double Loop combination were in her long program for the competition.

If she executed a clean routine at New Englands, she had a shot at making Easterns; however, with the majority of her time spent wiping the ice with her body rather than landing smoothly, her confidence in performing an unblemished routine was low. Nevertheless, Angelica held onto her podium dreams and the wish of spending her future in figure skating.

Mrs. Linde was a tough coach. She didn’t back down on Angelica. Angelica knew if she heard the words good or well done, she had done something really great. These utterances were a rarity, but from time to time they’d come out.

Angelica took her start position to do her routine once more. The music blared through the speakers. She was off. The first jumping pass was her Triple Flip combination. Full speed ahead. A quick turn backwards. She hit her toe pick into the ice. Then pulled her arms in hard completing the three revolutions in the air. Angelica landed with arms open and immediately wrenched them back in as she launched up, rotating two more times in the air for the Double Loop. She exited on a perfect back outside edge.

Next, she brought her feet together and began pumping hard backward, quickly crossing one foot over the other to power up for her Triple Lutz. She extended her right leg back, leaned slightly forward, cracking the ice with her toe pick, drawing her arms in turning three times and finishing smoothly.

Angelica skated the remainder of her routine. Not once did she fall. She fully rotated her Triple Salchow. Even though she landed her Double Axel on two feet. This was the best she had ever skated.

“Good job,” acknowledged Mrs. Linde. Angelica only half listened to the string of corrections that followed. To be honest she knew them all. Instead, she just relished in the fact she had accomplished the first two hardest jump passes in her choreography. If she could do this come competition day she’d have a chance.

“Wow, how cool!” she imagined it all in her mind.

“Angie, again, now,” hollered Mrs. Linde, snapping her back to reality. Angelica rushed back to her opening position. This second performance did not turn out quite so well due to two falls and a bit of a bobble on the landing of her Triple Loop.

Mrs. Linde wasn’t pleased. “Laps!” she commanded. Angelica struggled to breathe as she pushed onward as ordered. While regaining her breath, she gave herself a pep talk. “You did it once. You can do it again. Breathe. Oh, my legs. Come on Angie, only two more laps then the Zamboni will come to clean the ice. You will have a fifteen-minute break. Yeah.”

Angelica had done her final round of the ice when the Zamboni entrance doors opened. While stepping off the ice, her coach came up behind her and ominously said, “Angie, we need to have a talk.” Angelica’s eyes grew wide with concern.

Tamara Sharp has spent her life in the sport of figure skating. After she competed for eleven years, she became a professional skater, starring in shows across North America, Europe and Asia. Then went on to choreograph three Dancing on Ice reality television series in Europe.

Tamara began writing poetry and lyrics as a child. In the 90s’ while performing in Europe, musicians recorded her lyrics in Germany and London. When she retired from performing to attend university the Crystal Theatre Company hired her to script and write the lyrics for a children’s musical which debuted in June of 2003.

Tamara was the Editor-in-Chief for the Professional Figure skater’s Cooperative 2006-2012 where she edited countless articles and authored many more on figure skating.

Follow me on social media to stay up to date